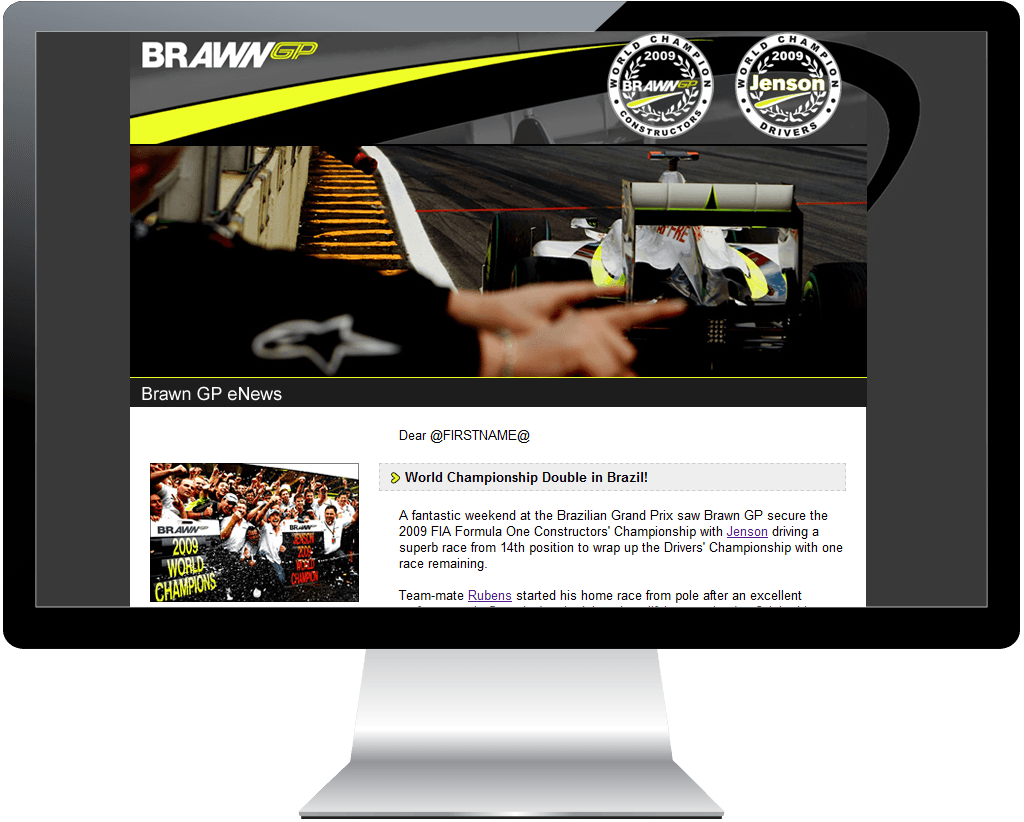 A Derby/Midlands based digital media company has teamed up with Brawn GP, the current 2009 FIA Formula One World Championship leaders, to provide fans with the latest news of the team’s success.

Fish Media, based on Prime Park Way in Derby, has been appointed by the Brawn GP Formula One Team to handle their email newsletter which is sent out regularly to all fans who have registered at www.BrawnGP.com. The team’s enews is currently received by over 100,000 subscribers, a figure which is rapidly increasing as the Formula One season progresses.

Fish Media provide the technology to send two enews updates per race weekend that provide a unique insight into the team. The first is issued on the Thursday before the Grand Prix to preview the race and a second on the following Tuesday with the results and a news round-up.

Each newsletter also contains a mixture of comment and views from English driver Jenson Button and his Brazilian team-mate Rubens Barrichello, along with other team members, such as Team Principal Ross Brawn.

Brawn GP have been the revelation of the 2009 Formula One season, producing a car that Jenson Button has used to devastating effect, taking six victories in seven races to lead the Drivers’ World Championship. Brawn GP also heads the Constructors’ Championship.

Fish Media have done a first class job for the Brawn GP team. They quickly understood our brief and have put into place an effective tool for keeping our fans informed and involved.”

Before securing the deal, Fish Media had to prove it could deliver a winning service and following a successful trial, were rewarded with a contract for the rest of the season.

We really are delighted to be working with Brawn GP. I think this is a great example of how a small company with experienced specialists can work with large companies to provide a great service. We’ll be supporting them in more ways than one as they head into the British Grand Prix at Silverstone this weekend and hope the team can make it a magnificent seven wins out of eight races.” 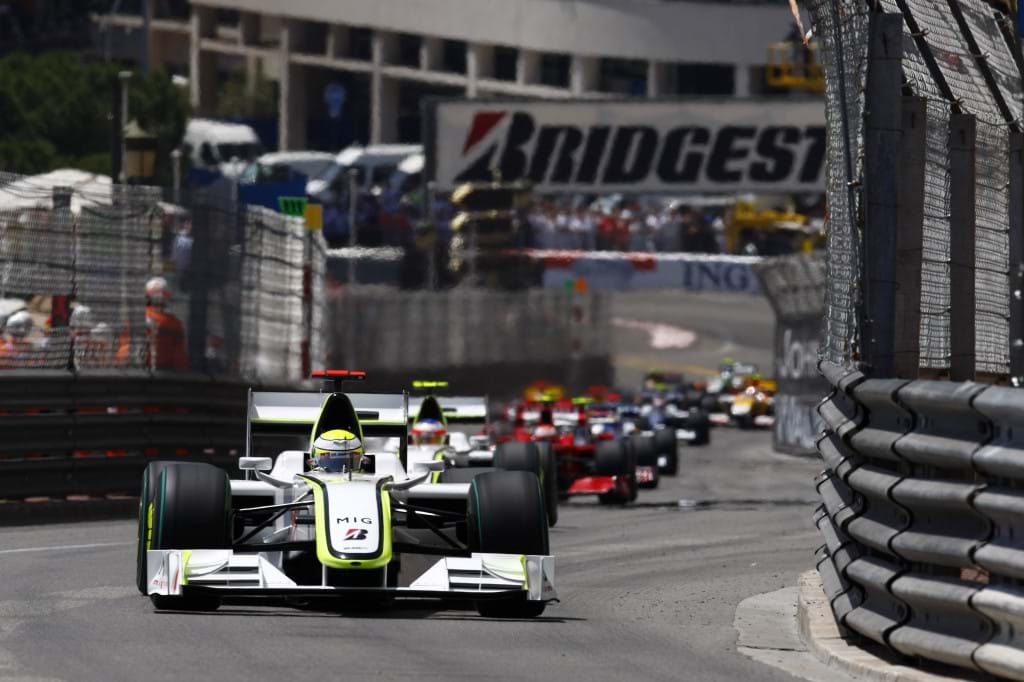 Fish Media is a website design and development company that brings creativity to a whole range of online solutions. From a simple website to a complete e-commerce portal the Derby business aims to provide a highly creative and cost effective solution.

To find out more about the services Fish Media can provide, take a look at the company’s website at www.fish-media.net or give Colin a call on 01332 650600.

We’re experienced digital creatives with exceptional knowledge across technologies and we’ve been developing custom solutions to meet our client’s objectives since 2002. We’d love to hear from you to see how we can help your business > get in touch