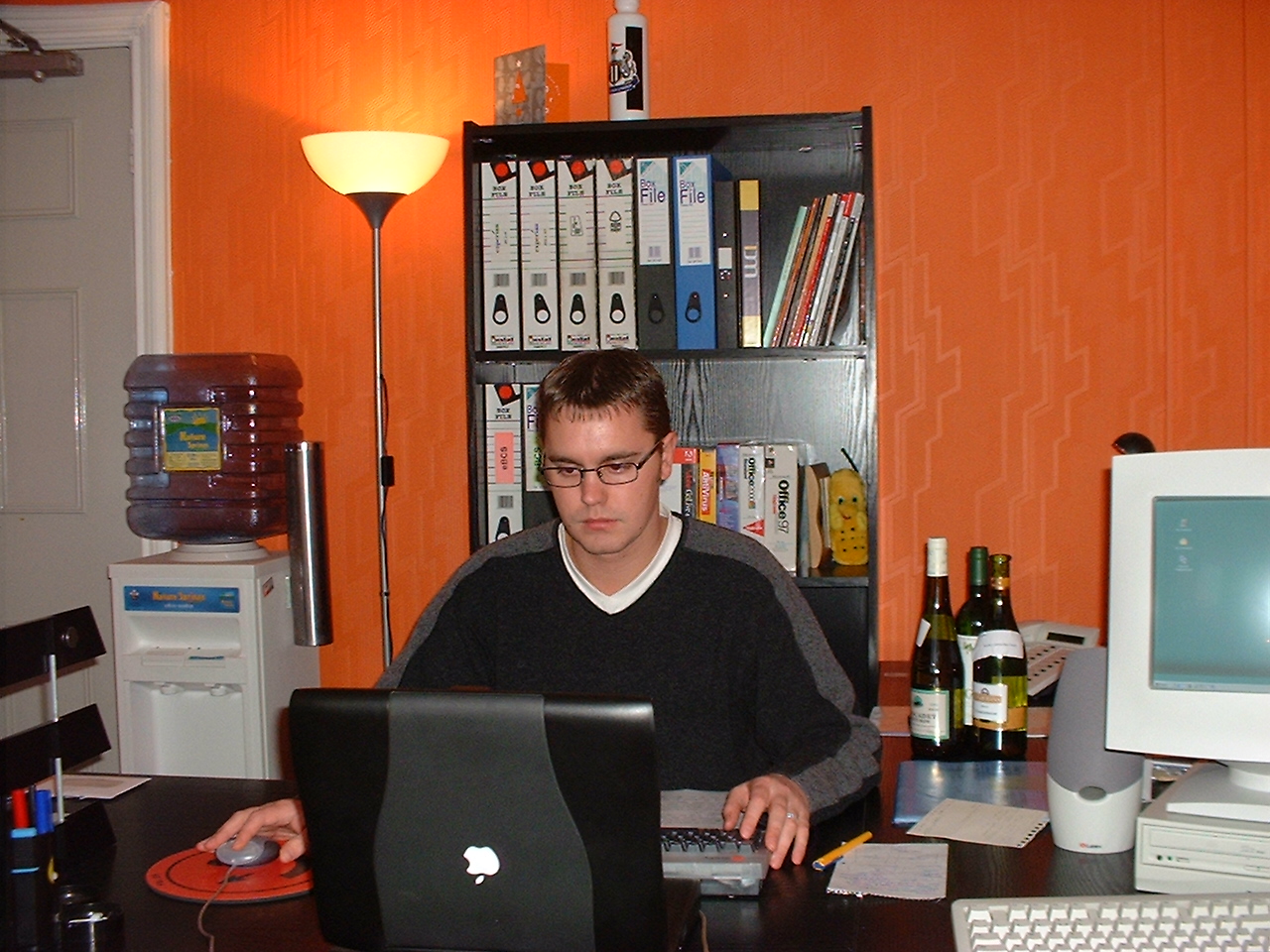 Just before the Millennium I was asked to join a UK top 100 Advertising Agency to create a separate department specialising in “new” media. On the interview team was Colin, a young Account Manager with a desire to push his current traditional role towards the now emerging digital market. This meeting of like minds was set to change my life forever, we got on like a house on fire, we forged a lasting friendship and invited each other to be Best Man at our respective weddings.

After an exciting whirlwind 3 years in Nottingham, Colin made the move to another, larger Digital Agency. We were still best mates and caught up outside of work, often hatching plans in the pub on the back of beer mats.

In 2002 I decided to leave the Agency life and go Freelance. I started trading as “fish:media”, a name based on a marketing phrase “fish where the fish swim” and something Colin and I had often chatted about. It wasn’t long before Colin joined me, and in February 2003 we incorporated as a Limited Company.

We were based in one of the spare bedrooms in my house, it was a small space! But I had a familiar face on the other side of the desk every day and our working partnership was back in full force. We embraced every challenge of starting a small business, took risks and carved our own path – we felt like revolutionaries.

We moved offices a couple of times, we struck up new relationships with freelancers and eventually we took on our first staff member straight out of Derby University. We still felt like revolutionaries and strutted into new business meetings as a team with unfailing confidence.

It’s now been 16 years of looking at the same face across the desk, 16 years of a totally magnificent business partnership. Our individuality goes together like yin and yang – I’m immensely proud of that, but the time has come for Colin to move on – there’s something that’s calling him. It’s a role he’s been longing to do for a number of years. To say I’ll miss him is an understatement, but I know he’ll thrive in his new project and wish him the absolute best. We’ll always be best friends.

Good luck in your new adventure mate, I know you’ll nail it!