Our Creative Director, Richard Mackney and Simon Mackney from Mackney Photography were invited to photograph a wind tunnel for a new Brawn GP wind tunnel website and spent a couple of days at the Brawn GP headquarters and factory getting to grips with this opportunity to show them how creative we can be!

We were invited to spend a couple of days at the Brawn GP factory to capture images of one of their wind tunnel constructions and it’s related operations. On the first day Simon and Richard had a full tour of the facility and utilised the time to decide on the different locations that required photography and discussed with the team at Brawn GP what was actually allowed to be photographed as the car was still being developed and the 2009 season was not yet over. 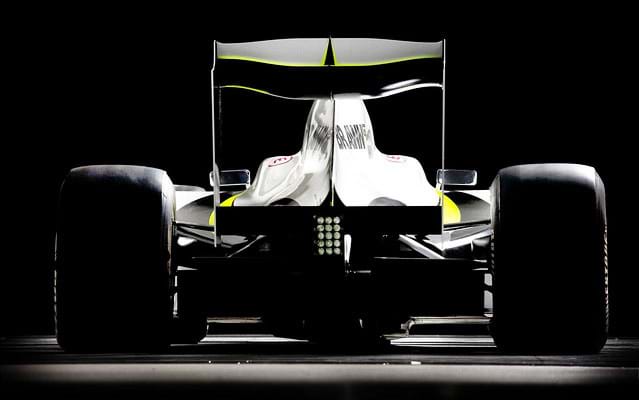 On the second day Simon and Faye spent many hours setting up the lights and shooting each area, from the preparation rooms where they prepare the model cars to the actual internals of the wind tunnel. Once the marketing team at Brawn GP were happy that each area had been captured, Simon spent most of the next week post processing the photography and creating a suite of images that could be used for technical applications and creative photography to be used on a new website for the wind tunnel. The image above was produced using a light stick and painted with light, it used 27 separate images combined in Photoshop.

During this period, we did not know for sure that Brawn GP would go on to win the 2009 Constructors Championship and Jenson Button would win the Drivers Championship and we are extremely pleased to be involved with this great UK based Formula One team.

Visit the Brawn GP website to learn more about the wind tunnel operations.

We’re experienced digital creatives with exceptional knowledge across technologies and we’ve been developing custom solutions to meet our client’s objectives since 2002. We’d love to hear from you to see how we can help your business > get in touch